Martin was 17 when he joined the 1st Battalion Irish Guards in 2001 and was deployed to Iraq in 2003. One fateful encounter with a group of looters in Basra turned to tragedy when a young Iraqi man lost his life. Martin was the focus of a lot of publicity during a court case, and 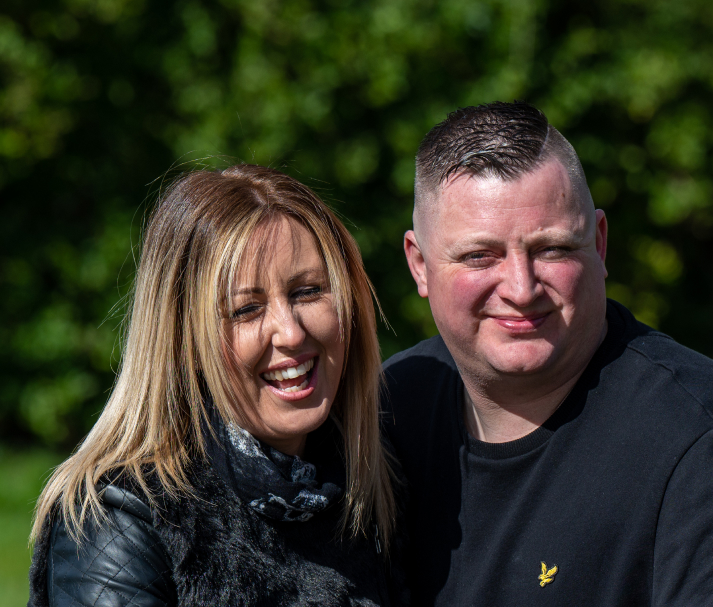 the stress on him and his family was enormous. Not only did his mental health suffer but also his home life and he was compelled to stay away from home. Martin was unreservedly cleared of all the charges against him but by this time his military career was over. In the years that followed, Martin started to suffer from depression, anxiety and PTSD & he would use alcohol and drugs to ‘manage’ his symptoms. His mental health continued to deteriorate and eventually, he was hospitalised after leaving the family home. With the help of his close family, he visited a different GP, who knew his history and who understood that he was suffering. The GP prescribed new, improved medication and Martin began to stabilise and improve.

In 2018, he moved back into the family home with Kerry and their two children. He was referred to WWTW’s Mental Health Programme (Head Start) and introduced to their Clinical Lead, Carolyn. ‘Being in the Army was the best time of my life but after the incident in Iraq and the court case that followed, I struggled for a long time. I was lucky, my family, and my wife, supported me through it all and WWTW helped me to find ways to manage my trauma. Now, at long last, I’m in a much better, stronger and happier place.’

Martin received talking therapy and learned grounding techniques with his Head Start therapist. He also received 6 sessions of EMDR therapy (Eye Movement Desensitisation & Reprocessing). When the pandemic struck, Martin struggled through lockdown. He had to put his life back on hold and he was frustrated to be stuck inside the house. However, he had a lifeline - he always knew that Carolyn was at the end of the phone if he needed her support. As lockdown eased, Martin bounced back. He applied for a job with Warley Carriers and has recently returned to work as an HGV driver. His family life is happy once again and he is now ready to make plans for the future.